Your business’ social media results rest upon you being able to realise when the best time to post updates are. Simply posting when you like will do very little to gain online awareness for your brand.

To make things more complicated, each social media platform has a different optimal time. However, this can work to your benefit as you can share similar content at different times, depending on when it is optimal for the audience and still achieve considerable success.

Once you have found the best schedule for content on the various networks, you can design campaigns that will boost traffic to your site, generate leads and grow online awareness.

So when are those ideal times for posting on social media? Here is a list of the most popular social media channels and when it is best to and not to post.

Research has shown Facebook, the largest social media network, is mostly used by office workers when they are entering a workday slump. This tends to be in the early afternoon just after lunchtime. Therefore, any content you post on Facebook should be between the hours of 1pm and 4pm.

You’ll also find the number of interactions will increase later on in the week. Updates released on a Thursday or Friday have an 18% higher engagement than on any other day.

Don’t expect much interaction past 4pm on any day. Statistics show the number of users on the social media network dwindles in the late afternoon. The interaction between 8pm and 8am is almost non-existence and weekends are also avoided by Facebook users.

Twitter is very popular for information sharing and for communication. To get the most out of your updates, use images to increase interactions. Ensure that you focus the majority of your updates between the times of 1pm and 3pm Monday to Thursday. This is when you are going to get the best results; however, you can also publish updates between 8am and 8pm Monday to Thursday.

Don’t ignore the weekends either. Interaction increases 17% on a Saturday, but only 8% of all business tweets are sent.

LinkedIn is the best social network if you are selling to the B2B market. Because of this, the platform is mostly used just before or afterward working hours. In the morning concentrate your efforts between the times of 7:00 and 8:30am. During the afternoon, you should post updates between 5pm and 6pm.

On any day, avoid sharing updates between 10pm and 6am. There is very little activity at these times.

You should also avoid posting updates on Monday and Friday as the network has the lowest traffic on these days.

Wednesday is also not the best time, but is significantly better than the beginning or the end of week.

Do not create new content for the site in the early evenings. After 5pm the traffic to the site dwindles and interaction is negligible in the evenings.

Pinterest is one of the more interesting social media networks. Unlike with others, there are two peak periods in the week separated by a very short period of high inactivity. If you are looking for the best shares and comments, post your content between 2pm and 4pm.

There is also an evening slot which is 8pm and 1am, making Pinterest one of the few social media platforms where posting past 8pm will achieve any results. It is also advisable to post on a Saturday morning where there are a greater number of users on the social media network.

Instagram is no longer a platform for those of the younger generation. The social media network has gained a huge following across the world and marketers need to utilise this in order to gain online awareness.

The most effective day to post on Instagram is on a Sunday; however, Thursday is the most popular for users.

Unlike with other social media networks, there is little evidence to suggest there is an ideal time of the day to publish new content. Therefore, you need to experiment to find out what will work for your brand.

YouTube is the second largest search engine and one of the best ways to engage your audience. The biggest problem with YouTube is that it is one of the few social media sites where content is not automatically published on the site and there can be a one hour delay.

According to some sources, there is high usage during the day at the weekdays with traffic increasing steadily between 8am and 2pm. The peak amount of traffic occurs between 2pm and 6pm.

There is little traffic after 7pm until the next morning. Therefore, counting for the delay in the publishing, you need to upload your video between 12noon and 1pm on Wednesday or Thursday so it is live at 2pm.

Getting The Most Out Of Your Social Media

Even though there has been numerous research projects stating what the key times to update your networks are, caution should always be used. Experiment with your audience, to see when they are interacting with your updates.

Be certain to make notes on which social media platform is performing best at what times. Don’t confuse traffic from one network at a certain time as traffic from all your networks. You could make this process easier by experimenting on a single network at any time, however that isn’t always foolproof.

Once you have found the best times for your business you will be able to gain a significant number of website visitors, leads and revenue. 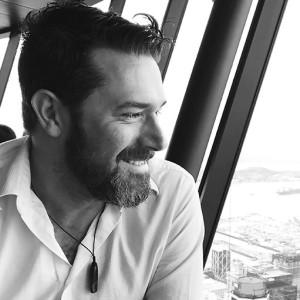 PrevPreviousWhat are the Best Times to Post to my Blog?
Next8 Common SEO MistakesNext